Well during 2017 I seem to have done about 70 small paintings, about six or seven a month.  My creativity took off when I gave up on trying to do large, formal works and began to concentrate on small format sketches instead.  The biggest paintings I do are now 7" x 10" and quite often I work smaller than that.  Posting them to Instagram too has been a spur to further work - its a joy to be part of a huge community of artists who watch each other's progress.  I now post a new painting on Instagram and between 200 and 300 people will look at it - much better than just sticking it in a cupboard somewhere - but more importantly, the opportunity to learn from others is key.  You can see my Instagram stream here.

The first is a scene from the village of Broadway in the Cotswolds.  I saw the photograph from which this come in The Times last week and just had to have a go at it. 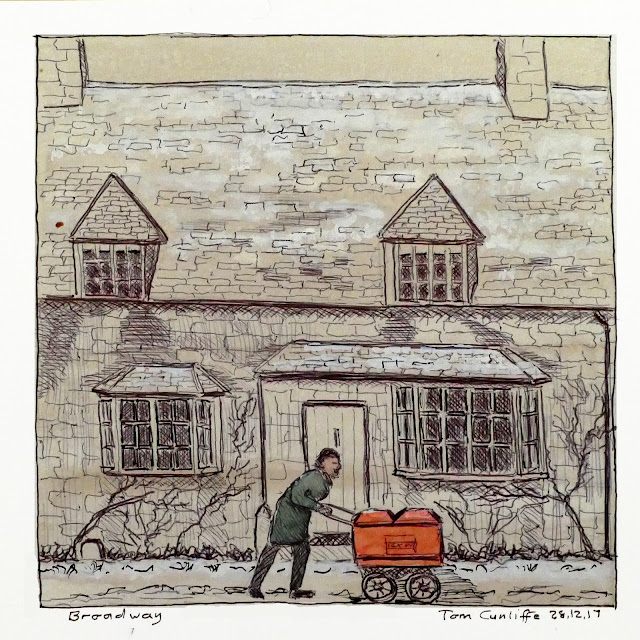 I had some fun with the next one.  I love the work of Eric Ravilious (1903-1942) an artist and illustrator from the last century.  He worked for a while at Newhaven, East Sussex which is very near where I live (the next town in fact) and I copied his painting of the harbour by using a combination of Inktense water-soluble pencils and watercolour.  You can see the original here. 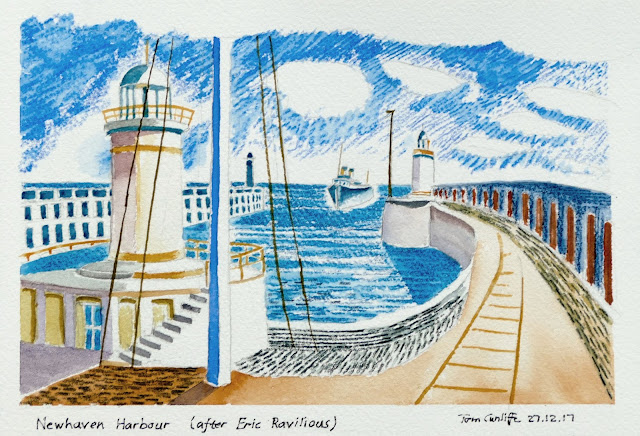 Finally, I went for a photowalk in Brighton with my photographer friend Steve. These three shops are just by the Theatre Royal and I just had to have a go at painting them.  A happy scene I hope. 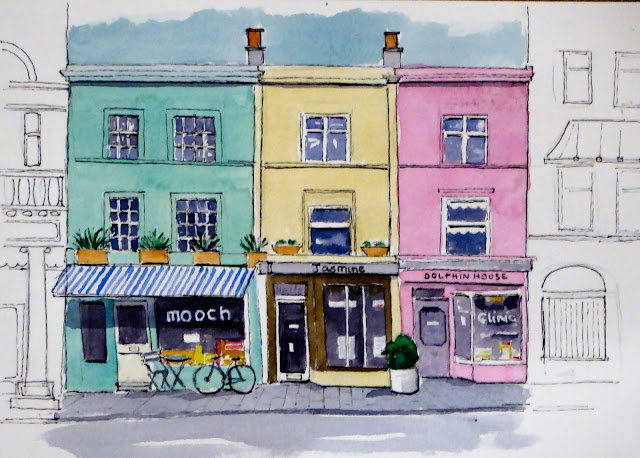 I wish my readers a very happy and successful New Year.
Posted by Tom Cunliffe at 01:10