I seem to be going through a process of refining my selection of colours.  The basics stay the same

Perylene green (Daniel Smith) - a really dark green which is useful for those dark shadows you find within tree forms.

I use a few other paints as "spot colours" - for highlighting or adding small details such as items of clothing or objects in windows.

Here is a photo of my palette as I use it in a paintbox with half pans.  I also have a tube version. 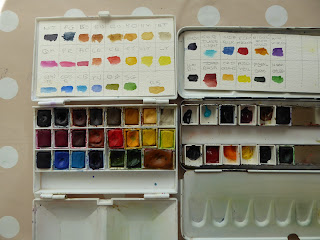 I've done a couple of paintings since my last post.

The first is Deutsches Eck ("German Corner") which is the name of a headland in Koblenz, Germany, where the Mosel river joins the Rhine. it became known for a monumental equestrian statue of William I, first German Emperor, erected in 1897 in appreciation of his merits in the unification of Germany: it was destroyed in World War II and only the plinth was preserved as a memorial. Following German reunification, a replica of the statue was erected on the pedestal after controversial discussions in 1993. It is today a Koblenz landmark and a popular tourist destination. 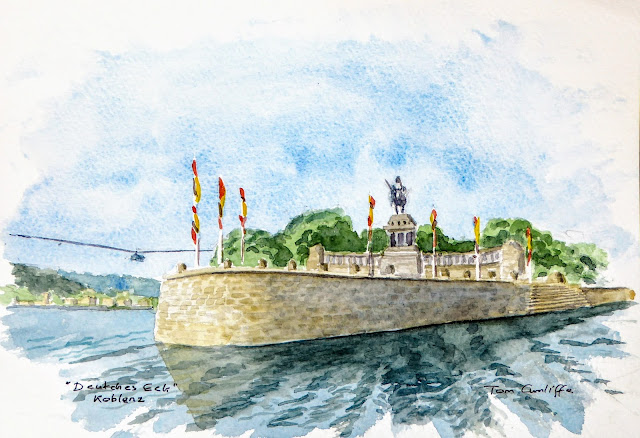 The second is a couple of houses in my local town of Lewes in East Sussex.  I experimented with Lunar Black here on the dark house frontage (mixed with raw umber) to bring some granulation to the brick work. 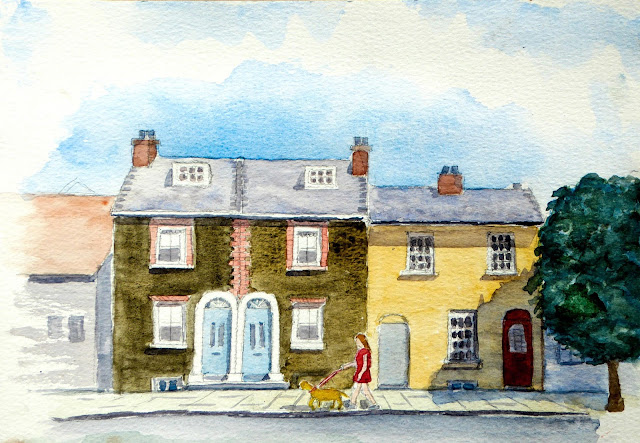